Daniel Umbricht, a physician registered in Switzerland, has over 17 years of experience in the pharmaceutical industry.

In 2004 Daniel joined Novartis Pharmaceuticals as Senior Translational Expert in Neuroscience where he led programs in addiction, anxiety, Alzheimer’s disease and schizophrenia. Since 2008 he held the position of Translational Medicine Expert in Neuroscience at F. Hoffmann – La Roche Ltd. In this function he led the early clinical development of compounds in schizophrenia, autism and major depression. In 2016 he became the head of the psychiatry/neurodevelopmental group in translational medicine neuroscience at Roche and in 2018 he was promoted to Distinguished Scientist and appointed as Global Head of Translational Medicine Neuroscience overseeing the development of the entire clinical portfolio that focused on schizophrenia, autism spectrum disorder, Alzheimer’s disease, Parkinson’s disease and multiple sclerosis.

Daniel has held the ranks of assistant professor at the Albert Einstein School of Medicine and associate professor at the University of Zurich. While at the University of Zurich he was the recipient of a career development award by the Swiss National Science Foundation and received research grants from the National Alliance on Research in Schizophrenia and Depression (NARDAD). He conducted seminal translational research on the role of NMDA and 5-HT2A receptors in deficient information processing and cognitive deficits in schizophrenia including studies that spanned patients, healthy volunteers, non-human primates and mice. In addition, he spearheaded research in subjects at high-risk for schizophrenia that focused on predictors of transition to psychosis.

Daniel is a graduate of the University of Zurich Medical School, Switzerland and received his training in general psychiatry at the Zucker Hillside Hospital, New York City where he also completed a fellowship in clinical schizophrenia research. 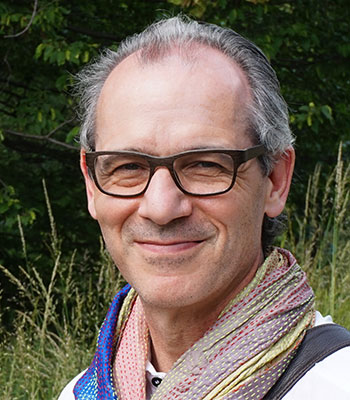